An oliebol is a traditional Dutch food.

They are called oliebollen in the Netherlands, smoutebollen in Flanders and croustillons in French. In English they are more commonly known as Dutch doughnuts or dutchies. In the region of Istria, which is shared by the countries of Italy, Croatia and Slovenia, a variation of this dish is called fritole, fritule and blinci. In Serbia they are called krofne. 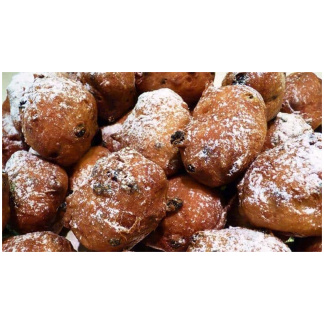